10 Brand Mistakes You Could Be Making On Social Media

10 Brand Mistakes You Could Be Making On Social Media Social media is chewing up and spitting out older marketing methods at a frighteningly rapid pace. Being on board with the facts and trends regarding social media can be extremely beneficial for everyone. So whether you’re representing your own website or business, it’s best to be sure you’re up-to-date with the best ways to brand in cyber space. Now, in order to master this, let’s fix some common mistakes:

When so many new, exciting and successful social media platforms are right at your fingertips, why wouldn’t you want to try them all? Here’s a reason: it’s too hard to manage. It takes a lot of time and energy to stay exceptional while trying to maintain multiple platforms. If you have to choose between having an amazing presence in three outlets, or a lackluster presence in seven, you should choose to be amazing. People remember amazing.

Often we only think it’s necessary to brand well when looking for to gain something specific. They’ll post, connect and follow like crazy, land the job, or reach a certain amount of views and then push social media to the back burner. You must remember, however, that social media can help you do much more than get that initial gig. Putting continuous efforts toward positive social media branding can assist with earning fans and more jobs down the road. This is not to say that you shouldn’t be happy about your successes, but you should always be looking for ways to improve.

Whip up a masterpiece, and it’s tempting to post it right away. Unfortunately, this may lessen traffic to your content. Studies show that there are days and times during which engagement is higher on certain social media platforms.

Research which days and hours have more social media traffic, and post your stuff during those times. This will allow you to reach a larger audience and get more hits. If you looked into it, you’d find that Facebook and Twitter have different optimum days: engagement on Facebook is highest on Thursday and Friday, while it’s down on Saturdays. At the same time, the wonderful world of Twitter is more crowded on the weekends. Keep this in mind when posting.

Also, if you’re posting for a specific audience, you want to know when that particular group is scouring the web. Just because the average engagement on Facebook is higher on Thursdays, for example, doesn’t mean the people on it are male. Find the statistics that will help to nail your specific target.

Companies like Sitech Allegheny, a construction technology company, for instance, might want to reach more male viewers than female viewers. Thus, they would probably benefit from making posts during peak male hours, which, as research has shown, are in the evening.

Having a personal account and a separate professional account may seem practical. One can feature your real personality – all the pictures from the weekend and what not – while the other displays your lovely, professional work demeanor. Dividing your social media presence in two may actually hurt you, however. By cutting your work world out of your personal world, and vice versa, people may suspect you’re up to no good when you’re not at work and question your character.

Also, similar to the aforementioned “Don’t Overload” concept, having multiple accounts may challenge your dedication to a single one of them. You may struggle to make both equally amazing. So cut out the swearing, delete embarrassing pictures, and merge your accounts. In this case, it is actually smarter to put all your eggs in one basket.

5. Put Your Posts on Repeat

It may seem counterintuitive, but you might want to post things more than once. Tweeting content twice or thrice may not bring you two or three times the views, but it will definitely bring you more. Think about it: your followers aren’t scouring your feed every second of every day. Therefore, post things again and you’ll hit a whole new wave of people perusing your stuff.

The same goes for other social media outlets. Upload a picture – after researching the best time to do so, of course – gather your Likes, and then share it again later and you’ll collect a whole slew of new Likes. Your second round of admirers probably just missed it the first time you posted.

6. Short and Sweet… but Not Too Short

There is limited variability in tweet length, right? After all, you’re only allowed a total of 140 characters. What Track Social, a social media marketing and analytics company, has found however, is that a tweet’s character-count can affect its success. The study dividing tweets into four groups: tiny (0-40 characters), small (41-70 characters), medium (71-100 characters) and large (101-140 characters). Tweets of medium length had the most retweets, then large, small and tiny. As it turns out, medium tweets are more than three times more likely to be retweeted than a tiny tweet. So stretch your posts out a bit and reap the retweets.

Don’t upload the pictures from last Friday night. You want everyone to see how fun you are, sure. Keep in mind, though, that during this crazy, on-going social media and Internet world takeover, nothing is private. There are so many ways for content to leak and so many people with access to your information, that it’s probably best to keep questionably inappropriate stuff to yourself. Extract — or at least limit — profanity on all of your platforms, don’t openly insult others and be smart when posting pictures. You wouldn’t want a silly picture to be the downfall of your business or website.

Social media branding allows you to showcase your — or your company’s –accomplishments, connections and personality. Certainly, if you’ve achieved something noteworthy, you deserve to tell the world. However, you should be careful about how often you’re posting about specific achievements, and how you’re wording said posts. Bragging or overt, relentless marketing can get old pretty fast.

Craft the wording to radiate happiness for your success, rather than expressing it as superiority over others. Explain how your success can become the success of others. Don’t grossly exaggerate, either, because someone is bound to dig that up.

Starting a tweet with @username makes said tweet a reply. It’s invisible to everyone not following both you and the tagged individual. That cuts out a lot of viewers. So if you want to optimize your hits on Twitter, start your tweets with anything other than that. Take a look at our previous article on not starting tweets with “@.”

10. A Picture’s Worth a Thousand Words

Why do you think Twitter is so popular? People don’t want to read more than 140 characters anymore. We prefer text to be short and sweet, but more than anything, people want pictures. Instagram, Pinterest and even Snapchat reflect the desire to show, not tell.

Our world is becoming more and more visual everyday, and having a captivating image do the talking – on social media platforms other than Twitter, in which pictures show up as links in text anyway – can transform engagement with your content. Pictures draw in viewers, capture interest and bring another sense into the experience.

It’s a lot of information to absorb, but minding your social media proficiency can mean a lot these days. The above ten concepts are easy fixes that will really thrust your social media presence from ordinary to first-rate. Good luck, and happy posting. 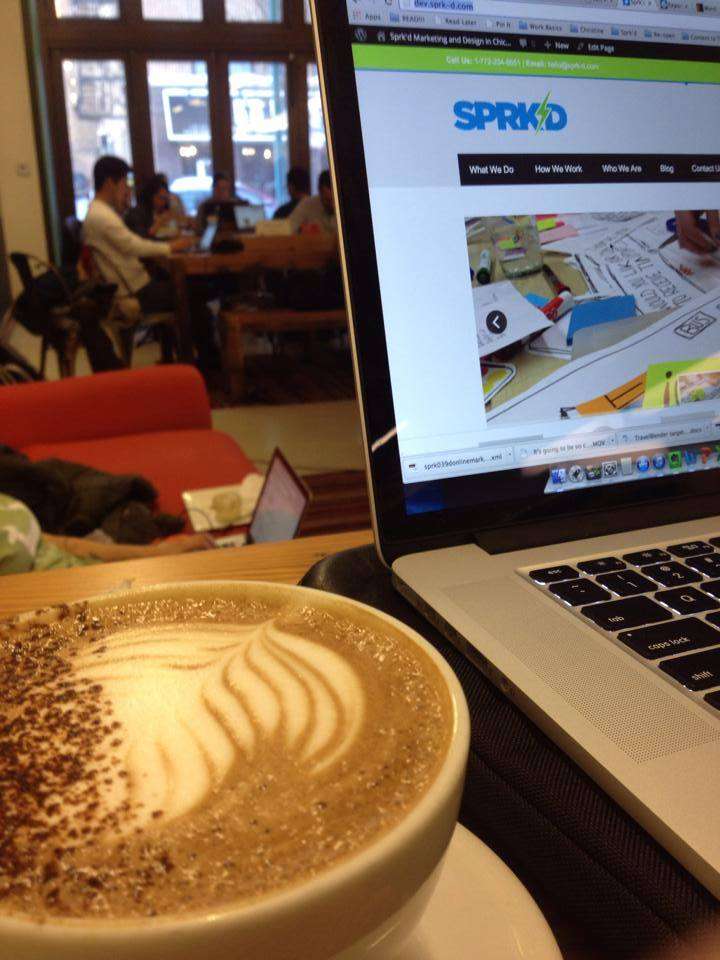